Health professionals say it all of the time: wait until you check with your doctor to see if you have celiac disease before trying a gluten free diet.  This might seem like sound logic because celiac disease is a serious condition that can damage your body severely.

The gluten itself damages the body.  Let’s come back to the concept of damaging the body in the autoimmune section.

However, if  most of us waited for a healthcare provider to check it, we might be waiting forever.  According to WebMD, 95% of patients who have celiac disease never get proper testing.

Additionally, patients with celiac disease go an average of 11.7 years with symptoms before getting the diagnosis.  Read on, and find out why the waiting game to check for celiac disease may do more harm than good.

Here is information from the  GI Society Canadian Society of Intestinal Research for symptoms of celiac disease, and empower yourself to get checked.  The list of symptoms is long.

On a personal note, after eliminating gluten for over a year,  I did eventually check antibodies for celiac disease (upon my request at my provider’s office).

So, even if you do try eliminating gluten, it isn’t too  late to test for celiac disease once you try adding gluten back.  Most importantly, if you want to be tested for celiac disease, you need to be your own best advocate, and ask for the test to be done.

Celiac Testing: What is Missed

The downside to checking for celiac disease:  It misses gluten sensitivity, which is at least 6 times more common than celiac disease.

It misses allergy to gluten as well.   Some research suggests that up to one third of the population is sensitive or allergic to gluten or wheat.

By testing for celiac disease, we are missing the majority of the problems created by gluten.

There is no  test that is accurate for checking gluten sensitivity, or allergy to gluten for that matter.

The gold standard to determine if you have a gluten sensitivity or allergy is full elimination of gluten, and then reintroduction 3-4 weeks later.  If you add gluten back, and then suffer symptoms, then you most definitely should check to see if you have celiac disease.

That’s why I took it into my own hands to try elimination of gluten, and will never look back.  To be technically accurate, I followed a full elimination diet, which was a very valuable and empowering experience.

Can a Gluten Free Diet be As Nutrition as a Diet with Gluten?

Some argue that you will miss out on nutrition if you eliminate gluten.  I see this frustrating tidbit in the news all of the time.

I am here to disprove this.  First, the main source of gluten is wheat, with minimal additions into the diet from rye and barley in the big scheme.

Barley (biggest source in our diet is beer), well, you will be OK without it too.  So are you telling me that if I never eat wheat again, I will suffer from malnutrition? Ridiculous.

Other foods easily, and I would argue, more nutritiously, can fill whatever gaps that wheat brought to your diet.

This is as long as you don’t fall for buying all the gluten free junk food, cake mixes, etc… You don’t need any of that anyway.

In real life, you are faced with gluten everywhere; restaurants, cafes, coffee shops, and grocery stores.  Elimination of gluten likely forces you to eat more of what?

Vegetables.   What are you forced to eat less of?  Junk foods.  Maybe forced isn’t the right word because we all should eat more vegetables and less junk, right?

The menu choice in a restaurant that often is the one and only gluten free choice is a salad with protein.

Don’t worry, after a while you won’t miss the croutons or side of white bread, and all they provide your body was a big bolus of  insulin, which increases cardiovascular disease risk and cancer risk.

Still want a burger?  No problem.  Wrap it in lettuce or serve it up on a salad.

You always can use other grains like quinoa, gluten-free oats, brown rice, millet, amaranth for satisfying the need for grains if you so choose.

My journey led me to eat less grains, and more vegetables, nuts, and seeds because at least food purveyors will offer these, where they often won’t serve the mentioned gluten-free grains.

I also decided it made more sense for me nutritionally to use root vegetables and seeds instead of copious intake of grains.  Roots and shoots are packed with nutrients and fiber.

What happened to my health when I eliminated gluten?

My skin cleared up.  I no longer got cystic acne.  I thought my life was destined to have these unsightly skin blemishes.

My psoriasis healed up completely.  Psoriasis is an autoimmune disease. If your skin is inflamed in any way, it is a big red flag that your body has too much inflammation or is reacting to something in your diet.

What got worse?  Nothing.  Sure, sometimes I still dream of real pizza or bread.  In a pinch, and in a desperate moment, a gluten free version will fill that hole in my life.  I have no desire to lose all of these health benefits by adding gluten back.

Why do we only tell people with celiac disease to eliminate gluten?  One might argue that there isn’t enough proof about food sensitivities and allergies for other people with autoimmune disease.

But a bigger, stronger argument is that it hurts nothing to try to eliminate it.  The research is stronger for eliminating gluten than not.

Take this example of research as the first proof.  Autoimmune diseases fall on discreet genes. Often, people get not just one, but multiple autoimmune conditions.

If celiac disease, an autoimmune disease, is affected by gluten, why wouldn’t psoriasis or multiple sclerosis, lupus, rheumatoid arthritis, asthma, among the other hundreds of autoimmune diseases derived from the same genes possibly benefit from elimination of gluten?

It turns out that many people with autoimmune disease respond favorably to eliminating gluten.

If you have type 1 diabetes, your risk for celiac disease (an autoimmune disease) is much higher than if you didn’t have it.  Not to mention the possibility of having gluten sensitivity or allergy.  Is this coincidence? I think not.  I see in practice that this is missed all of the time.   Ask your doctor about this logic next time you see them.

New drugs keep coming out for autoimmune disease, which is great in theory, but their side effects are very dire.

If you can get a handle on the inflammation in your diet by eliminating inflammatory triggers that ramp up autoimmune genes (gluten is one of them), you most certainly will be able to minimize or even eliminate the amount of drugs needed.

A good example of this is eczema.  You can read more about the gut-eczema connection here.

Another case for a trial elimination of gluten.  Wheat not only contains gluten, it contains a fermentable carbohydrate called fructan that can cause gastrointestinal bloating and pain among other symptoms.

Gluten is also a very large protein in grains, and by being a large protein, it is one of the most allergy-provoking substances from foods.

More proof:  contrary to past beliefs, gluten sensitivity, not just celiac disease, also damages the body by creating immune cascade in the body that causes inflammation.

People who have sensitivity to gluten make high levels of a protein called zonulin.

Zonulin is an inflammatory protein that regulates leakiness in the gut by opening and closing the spaces or “junctions” between cells in the lining of the digestive tract. With higher levels of zonulin production due to exposure to gluten, the gut becomes “leaky.”

The lining of the digestive tract that protects your body from the outside world is really only 1 cell thick, and that makes our gut fragile.  One cell layerprotecting you from everything you throw in your gut. Let that sink in for a while.

Leaky gut due to increased levels of zonulin is essentially like having the door cracked open from your intestines to your blood stream.

That door is open all the time, and it causes the immune system to sense danger, and recruits inflammation to fight that danger. 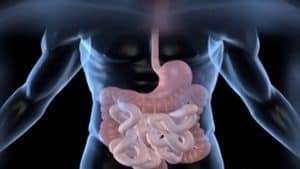 Many of the chemicals and  particles that should never have been able to enter the blood stream have now gotten through.  When this happens it causes inflammation throughout your body.

This inflammation is thought to contribute to many diseases of the modern world.  Still think gluten sensitivity is all hype?

This leaky gut is most certainly why I ended up with skin issues, when it wouldn’t even seem probable before.  Now it all makes sense, and we have the research to prove this.

I will only briefly mention this topic because most studies aren’t yet causal, and this topic could be its own blog.

Yet, most psychiatric illness, including ADHD, autism, depression, bipolar disorder, and even schizophrenia have been linked either to celiac disease or antibodies to gluten.

We have case reports and very small clinical trials that support the associations.  Does this mean everyone with psychiatric illness benefits from a gluten free diet? Not necessarily.  But could they?

More research is needed, but I can tell you it certainly wouldn’t hurt to try elimination of gluten.

Many people I know report that they have improved mood; my own brain improved, so I am hopeful for you too.

Some people ask if it is truly the gluten itself that is wreaking havoc or is it all the chemicals used in harvesting wheat.

Others wonder if it is dramatic hybridization or change of the wheat plant that has created a negative response.

Yet another question that remains is whether our toxic environment makes us more susceptible to foods like wheat that normally would be just fine.  We may never know the answers.

The only way to find out if you are sensitive to gluten is to FULLY eliminate it for 3 weeks minimum.  Why?

Antigens to gluten can linger in the body for weeks, so you won’t fully know what it means to be gluten free until it is out of your system for that long.

If you only try elimination for a week, for example, you will never likely know if you are sensitive or not.

Gluten has to be 100% gone for this time period, so be prepared, and seek help if needed.  It’s challenging, so try it only when your life will allow you to focus on this with great intent.

Do you stand to benefit from a gluten elimination trial?  My quick answer is yes.  If you don’t find it helpful, all you have lost is a few weeks of bread and pasta.

You could even eat the gluten free types, and miss out on nothing.  But I guarantee you will learn some new and healthful eating patterns along the way. 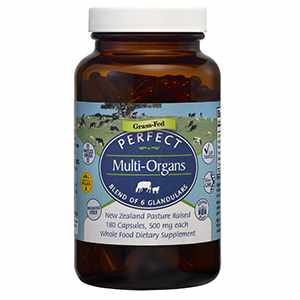 Get a Free Ebook to Heal Your Gut. Enter your email and your first name to opt in.
Holler Box
Holler Box
Scroll to Top