Unfortunately, many people lose the health and flexibility of their blood vessels over time. For many years, I have worked with a very vulnerable population:  patients with end-stage kidney disease on dialysis therapy. Health professionals coin the phrase “bones of china, hearts of stone” for this vulnerable group.

The hearts of kidney patients become calcified while, sadly, their bones weaken. But is this inevitable?  Read on to learn how a vitamin called vitamin K2 may help protect the heart and vessels and prevent atherosclerosis. Note that while I am sponsored by Nattopharma for this post, all views are my own and backed by clinical research.

How is Atherosclerosis Tied to Calcification?

When arteries become unhealthy or calcified, they literally become bone-like.  This makes the blood vessels function poorly and become rigid, making them prone to fissure. This calcification causes atherosclerosis.  Atherosclerosis literally means hardening of the arteries. When these arteries become hardened, they are more likely to clog ANYWHERE, including brain and heart arteries. Sadly, Sadly, cardiovascular diseases (CVDs) are the No. 1 cause of death globally. According to the World Health Organization (WHO), more people die annually from CVD’s than from any other cause. One of the areas gaining recognition as a cardiovascular risk marker is atherosclerosis, which is a disease in which artery plaque builds up.

Over time, plaque, which is primarily made up of calcium, hardens and causes artery narrowing.

This limits the flow of oxygen-rich blood to your organs and other parts of the body. Atherosclerosis can affect any artery in the body, including arteries in the heart, brain, arms, legs, and kidneys.

As a result, different arterial diseases develop based on which arteries are affected:

What Are the Risks of Arterial Calcification and Atherosclerosis?

Bones should be calcified, but your arteries should not. Soft tissues should be soft. This includes arteries, veins, muscle, breast tissue, brain tissue, and nerves.

Not surprisingly, research shows that breast tissue calcification increases the risk of heart disease problems too [R]. Depression is even linked with arterial calcification, especially in men.

Some impressive data was just released about the relationship between the health of the blood vessels of the eye and markers of vitamin K2 status, MGP (matrix GLA protein). This marker was linked to eye arterial health, suggesting that vitamin K2 may be useful for preventing vision loss.  This was part of a long-term study called FLEMENGHO.

Further supporting the potential role of flexible arteries in health, a new study found that patients with arterial stiffness had an increased risk of dementia. This study was called the Cardiovascular Health Study Cognition Study. In this study, patients were followed for 15 years to determine dementia risks.

How Do We Prevent Atherosclerosis and Reverse Arterial Calcification?

The most important prevention nutrient that reduces the risk of hardening or atherosclerosis of the arteries is the nutrient vitamin K2. I have been focusing on vitamin K2 because it has vast health benefits, yet most people are vitamin K2 deficient: an estimated 97% to be more exact.

Read my previous blog about how to supplement vitamin K2 and why your food probably isn’t giving you enough of this precious nutrient. During Heart Health Month, let’s take a few moments to dive deeper into a great way to protect the heart and arteries; vitamin K2.

Vitamin K2 helps activate a protein already present in the body that inhibits, which in turn, helps reduce calcification in soft tissue. This important protein is called matrix GLA protein (MGP).  The actions of vitamin K2 are to carboxylate, or activate, this protein, which reduces the bone-like development in arteries.

This is one of the reasons that the medical community is starting to explore K2 as a possible therapy for patient populations with high amounts of calcification and atherosclerosis. Vitamin K2 may reduce the risk of artery narrowing in your limbs  (peripheral artery disease) in patients with high blood pressure. Additionally, vitamin K2 from dietary intake was shown to reduce coronary calcification risk in postmenopausal women. Vitamin K2 prevents atherosclerosis in rabbits [R].

MenaQ7 May Reduce Heart Damage Due to Calcification

Many clinical trials show that we may prevent atherosclerosis in people by supplementing with vitamin K2 when using a patented form called MenaQ7. I will review five of these clinical trials for you.

Interestingly, a long-term study of proved vitamin K2  arterial health benefits.  In this study, a total of 244 postmenopausal women were randomized to receive a patented form of vitamin K2 supplement called MenaQ7 at 180 micrograms per day or placebo over a 3-year period [R]. The women who received the vitamin K2 supplements had reduced arterial stiffness compared to placebo.

The effects of improved artery flexibility were even stronger in women who had the worst arterial function at the beginning of the study. This suggests that vitamin K2 may prevent atherosclerosis and even potentially reverse atherosclerosis. Arterial stiffness is a marker of calcification. Calcification measurements by other methods including Computed Tomography are often very invasive and have risks. So, the best way to tell if arteries are calcified is through pulse wave velocity.

Recently, a study of 53 patients with kidney failure on hemodialysis was given supplemental MenaQ7 at 135- micrograms or 360-micrograms per day over 6 weeks.

Not surprisingly, the results of this study show that vitamin K2 supplements improved vitamin K2 blood markers. This included active MGP, active osteocalcin, and active PIVKA-II protein (for blood clotting).    These markers improved by 77% in the 135-microgram group and by 93% in the 360 microgram group.

If you aren’t convinced of the benefits of vitamin K2 yet, it is even proving helpful in very ill people on kidney dialysis. For one study, fifty patients receiving hemodialysis had very significant blood vitamin K2 improvements when given 360 micrograms of MenaQ7 daily for 4 weeks. Vitamin K2 blood markers (dephosphorolated uncarboxylated matrix gla protein) were significantly related to calcification.

MenaQ7 reduced atherosclerosis progression in patients with stage 3-5 kidney disease.  The patients received 90 micrograms daily of MenaQ7 and a small dose of vitamin D3 or vitamin D3 alone for 270 days. Atherosclerosis reduction was the result of MenaQ7 plus D3.   However, they did not see a significant improvement in calcification [R].

Impressively, MenaQ7 supplementation in this study also reduced arterial stiffness.  The effect was strongest in patients who had vitamin K2 deficiency markers. It is important to know that kidney patients have a high calcification risk. The dose used in this trial is higher than for the general healthy population. And the patients were observed under careful monitoring. It appears that the ideal vitamin K2 dosage for healthy people is 180 micrograms per day.

Vitamin K2 For Everyone?

In summary, 5 clinical studies indicate that vitamin K2 may prevent atherosclerosis and even reverse atherosclerosis, especially in high-risk patients. Vitamin K2 deficiency is very prevalent in the general population and in kidney disease patients. In my previous blog about vitamin K2, I reviewed in-depth how vitamin K2 supplements as MenaQ7 protect the heart long-term.

I reviewed the difficulty of getting enough in foods, medications that deplete or interact with vitamin K2, supplements, and food sources as well. Read about the proven vitamin K2 supplement benefits for children’s bone health and K2 Vitamins for colon benefits as well.

Here are a few great brands of vitamin K2 for you to try.  These contain the well-researched variety called MenaQ7® 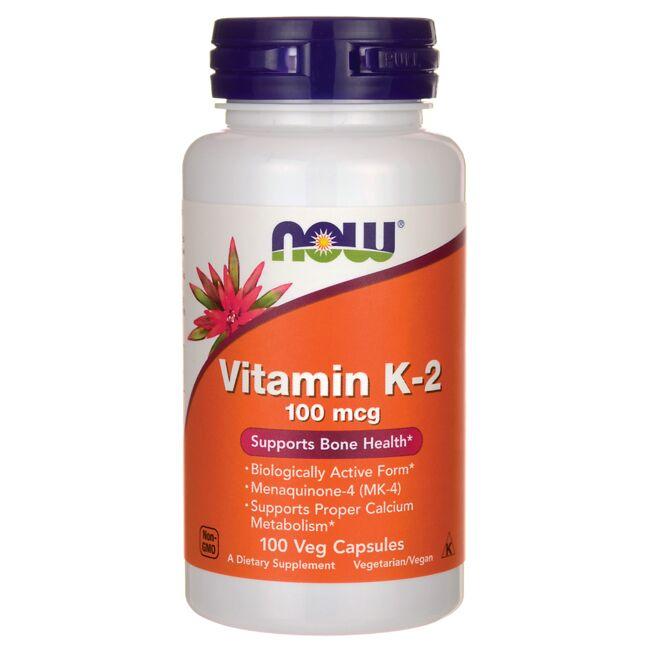 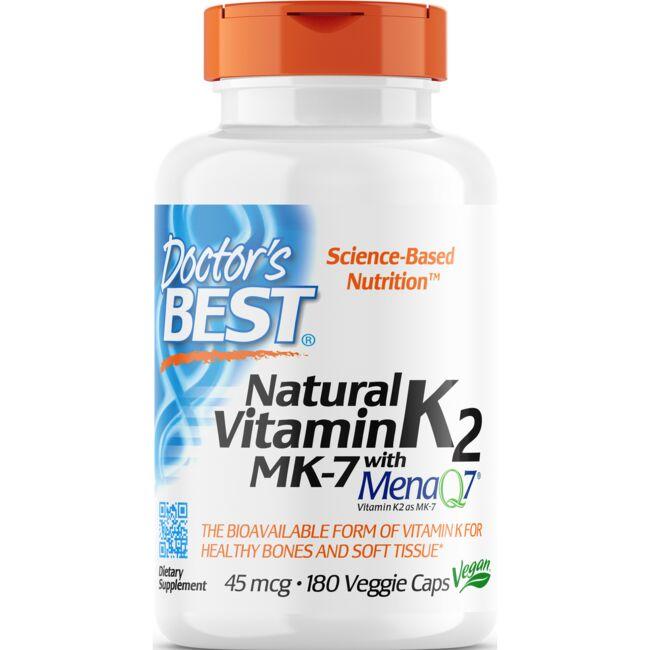 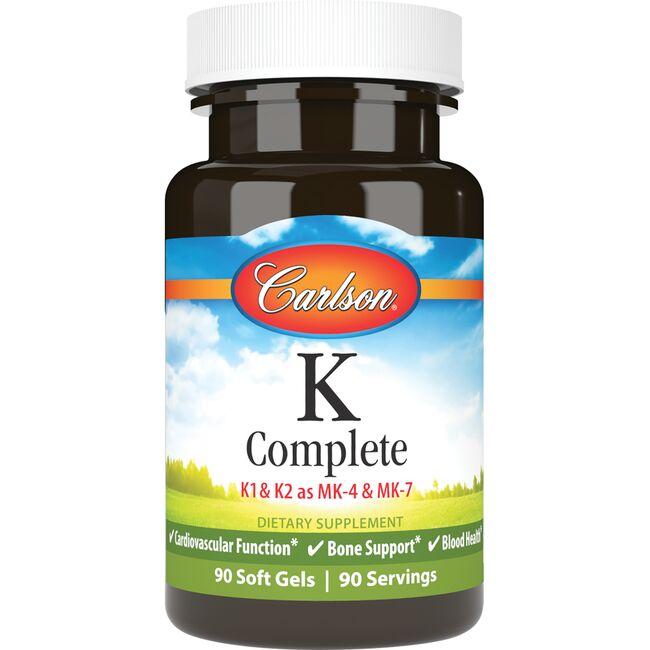 Sign up and receive special health offers, deeply science and experience-based content, and news sent directly to your inbox.

7 thoughts on “Can You Prevent Atherosclerosis with Vitamin K2?”